A lot of people don’t know much about the Cane Corso. This is a big dog with a mixed reputation! Hopefully, by the end of this article, you will become experts on all things Cane Corso! We’re going to share some stats and facts and then also delve deep into some frequently asked questions on Google about Cane Corsos.

Cane Corso Statistics in a Nutshell

Don’t want to read the whole version? Well, here are some top level cane corso statistics for you:


Searches in Google for “Cane Corso”

In the USA, the average number of searches per month in Google (based on the past 12 months’ data from kwfinder.com) is 1,230,000. And we can see in the chart below this has surged in the last 12 months.

This is an extremely high amount of Google searches which makes it the 2nd most searched for breed (second only to the French Bulldog).

Since 2004, the popularity of the Cane Corso has continued to rise and rise as you can see below from the data taken from Google Trends.

The Cane Corso may not be the most “instagrammable” dog, but it does appear regularly on the social media platform. As of March 26th 2021, there are over 3 million posts on the platform using the #canecorso hashtag. There are also other related hashtags like #canecorsopuppy and #canecorsoofinstagram.

And while we know we shouldn’t have favourites, we’re quite the fans of this handsome duo:

We all know that YouTube has millions upon millions of videos on the site, including a variety of genres and sub-genres. We all like to watch a cat video every now and then too. However, what you probably didn’t know is how popular the Cane Corso is on YouTube! From searching the term “cane corso” and filtering to most viewed, the top 10 videos amount to over 150 million views. This is a huge number for only 10 videos about the breed! And while this little cane corso might not have made the Youtube top 10, he’s certainly a hit with us:

According to the AKC you can expect a cane corso to be affectionate and intelligent. Here are some key facts about their temperament and size.

Where is the Cane Corso banned? 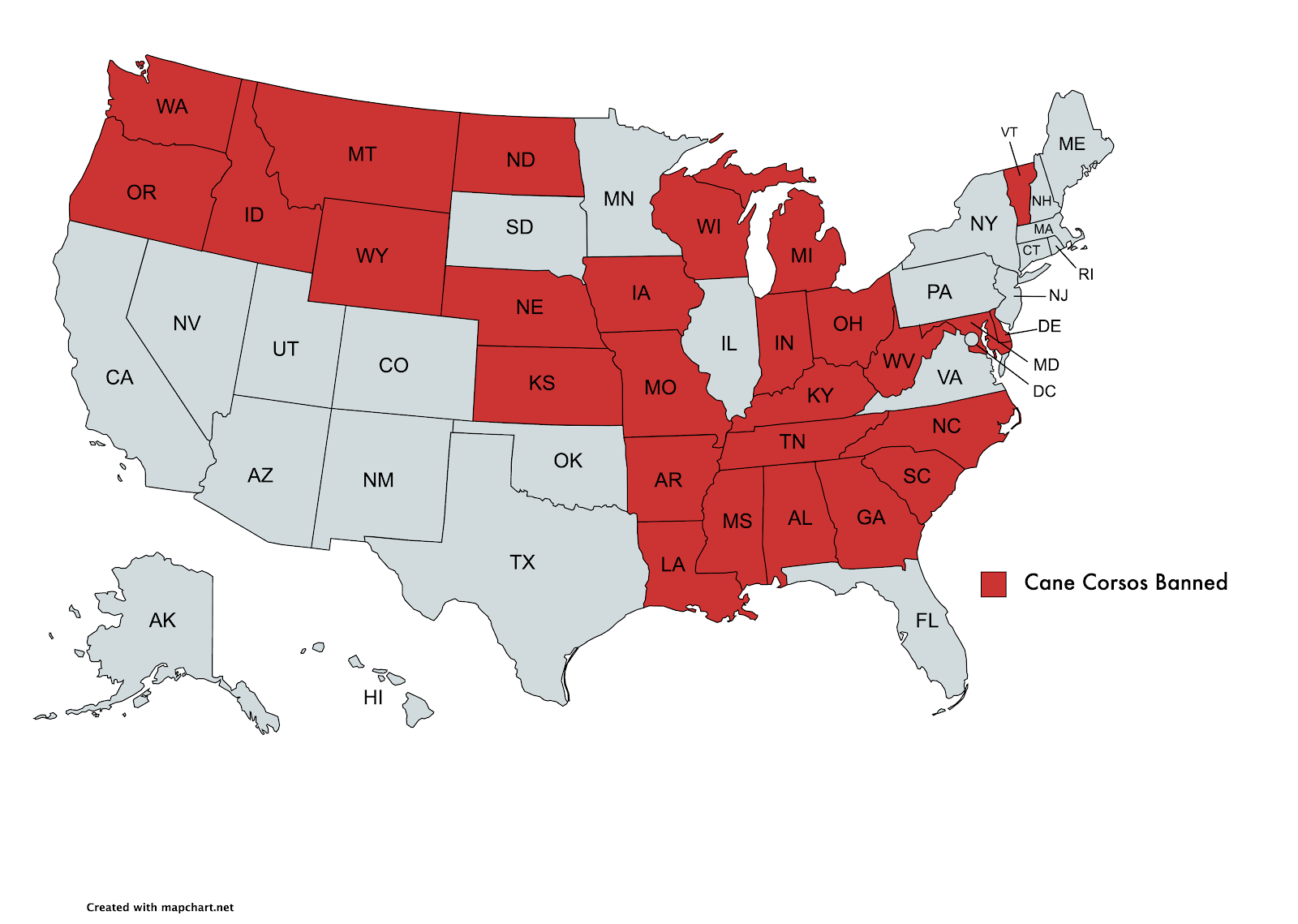 The Cane Corso is banned in 29 states:

Ever done that thing where you go to Google, start typing something and then Google guesses the rest of your search? It’s based on things previously searched. And when you start a search with “do cane corsos,” we see a list of some of the most commonly asked questions about this breed. So we’ve done the digging and answered them for you. 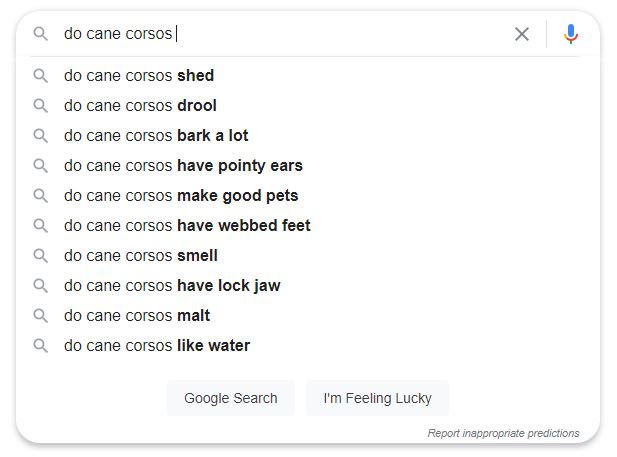 They do shed a fair amount, but as long as you keep on top of brushing once a week or so, you’ll remove the dead hair and keep up to date with the grooming.

If they have “heavy” jowls (the loose flesh around the mouth), they do drool. However, if their jowls are “tighter”, they won’t drool as much, but can still drool.

Do Cane Corsos Bark A Lot?

They bark a moderate amount, but they are prone to bark at people walking past the house if they are bored etc. Poor delivery man!

Do Cane Corsos Have Pointy Ears?

They do naturally have pointy ears, however, a lot of owners get their ears cropped to prevent injury and infection. (This has been argued to be ineffective though)

Do Cane Corsos Have Webbed Feet?

Cane Corsos are sometimes bred to have webbed feet in order to help them swim, however, they rarely swim in reality.

They can smell due to these two pouches near the anus. These glands can become clogged or swollen so may need regular cleaning.

Do Cane Corsos Have Lock Jaws?

They cannot physically lock their jaw, but they do have an extremely powerful bite. I wouldn’t put my hand in their mouth if I were you!

Many enjoy splashing in small puddles or sprinklers etc. (If you’re talking about drinking, they LOVE water!) 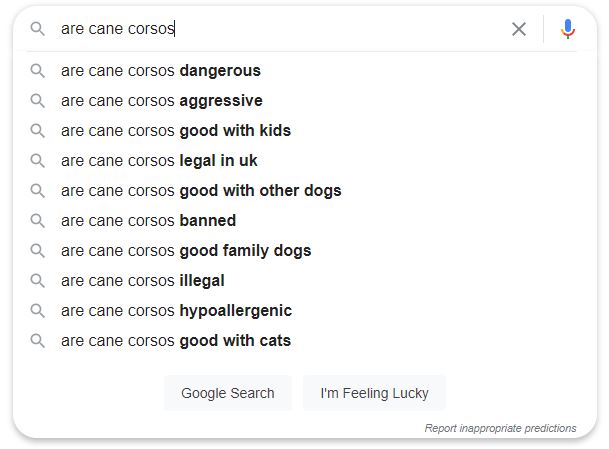 As they are fairly independent, if not trained well, they could try and assert their dominance which can come across as dangerous.

They can be. They’re territorial, possessive and guarding by nature so be wary of this.

Are Cane Corsos Good With Kids?

They can be great with kids, but it all depends on the training he/she gets and what age you get one.

Are Cane Corsos Good With Other Dogs?

They are sometimes okay with most dogs, but they can be aggressive with dogs of the same sex.

They are incredibly loyal to families, even small children.

The same answer as the above question about them being banned! (In multiple states)

Unfortunately, they are not hypoallergenic dogs.

Are Cane Corsos Good With Cats?

Although Cane Corsos have a strong prey drive, they can sometimes understand that cats are part of the family.

arrow_back Back to IAmPaws Blog